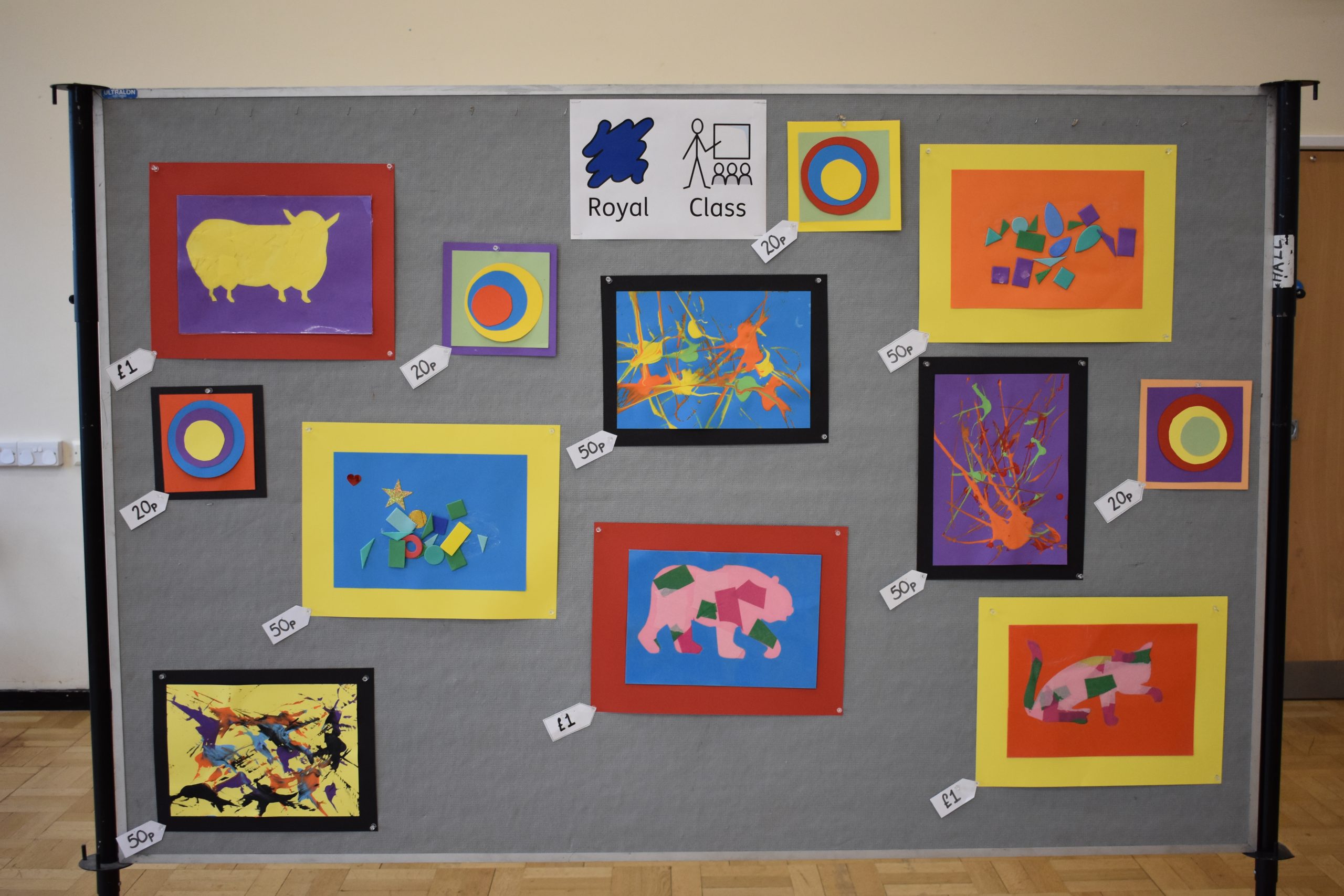 As a culmination of the ASD pathways ‘Art Attack’ topic we hosted our very own Art exhibition.
The children thoroughly enjoyed creating pieces of artwork inspired by famous artists as well as producing some incredibly unique masterpieces.

The children’s creativity, individuality and passion for Art was presented beautifully and this provided a wonderful opportunity for children to show pride in their achievements and celebrate their creative talents.
Pupils from across the school visited the gallery and we able to experience the multisensory artwork displayed.
Parents and carers were invited to attend the prestigious event and even had the opportunity to purchase a one off masterpiece or two! 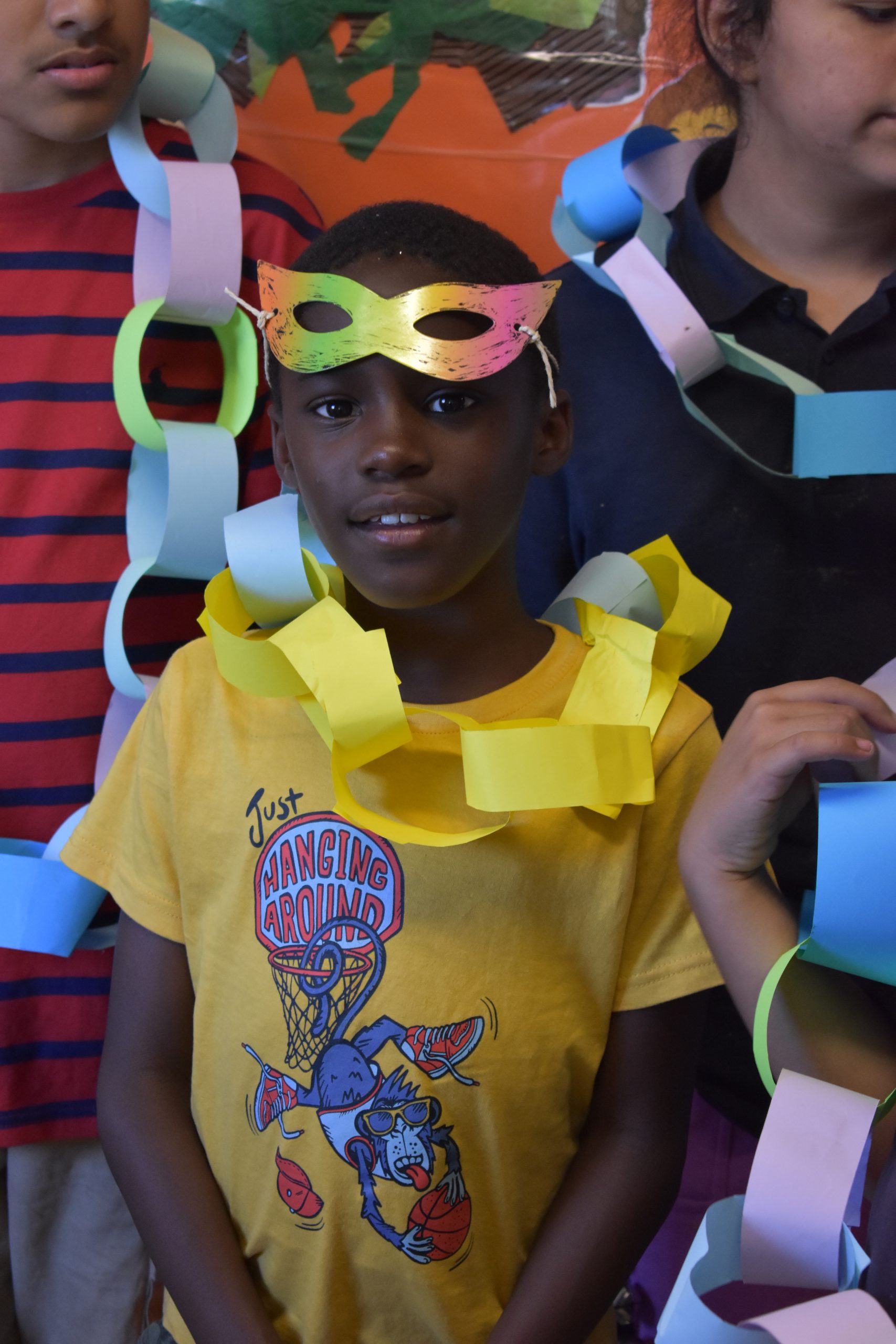 The carnival topic, in the ASD pathway, is always a firm favourite.

We explored the sights, sound, smells and tastes of carnival and had fantastic fun doing so!

To conclude the topic we held a pathway Carnival celebration where the children laughed, danced and played games together.

The children played their home-made musical instruments and wore beautifully decorated masks as they joined in a procession through the school; accompanied by the sounds of cheers from all those watching. 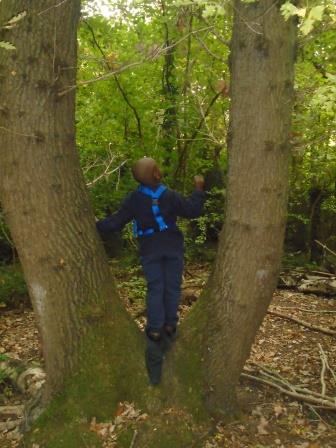 One of the extra-curriculum activities the school provides, is Forest School.

"Forest School is an inspirational process, that offers all learners regular opportunities to achieve and develop confidence and self-esteem through hands-on learning experiences in a woodland or natural environment with trees." - Forest Schools Association

Our local Forest School is Courtwood Primary school.  In 2012 Courtwood Primary School was gifted a piece of woodland that backed onto the school.  It was to be developed as a nature trail and woodcraft area.  It has a "Talking Circle" with a fire pit and a trail around the wood.  It is a short walk to Selsdon Woods and fields.

Sessions take place on a Tuesdays and Thursdays. One session is for our year 2 students and the other is an inclusion link with Courtwood pupils joining our session.

As you can see they are able to explore and experience the natural world in all seasons and in all weathers.

It is the time of year that everyone loves, Panto season, and the children here at Red Gates are lucky to have their own private performance.

Each year, Friends of Red Gates School raise funds in order that Dazzle and Fizz can bring their show to our school for the children to watch.  This year it was Robin Hood.

As you can see the children had a great time.

Croydon council is consulting on a draft strategy for improving outcomes and life chances for children and young people (0-25) with special educational needs and/or disabilities (SEND) in Croydon.

At the same time, the council is also consulting on changes to its transport policy for young people aged 16-18 with special educational needs.  The council arranges travel support for some children and young people with special needs and/or disabilities to attend school or college. 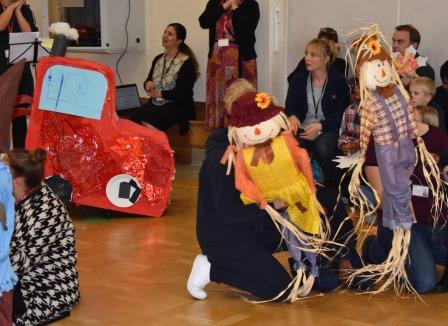 Welcome to our Harvest Festival

Harvest Festival is a celebration of the annual harvest, held in schools and as a service in Christian churches, to which gifts of food are brought for the poor.

We invited our parents to join us in our celebrations and our talented children made fruit and vegetables and also a fantastic red tractor.  We sang and danced to our harvest songs and finished with our choir performance. 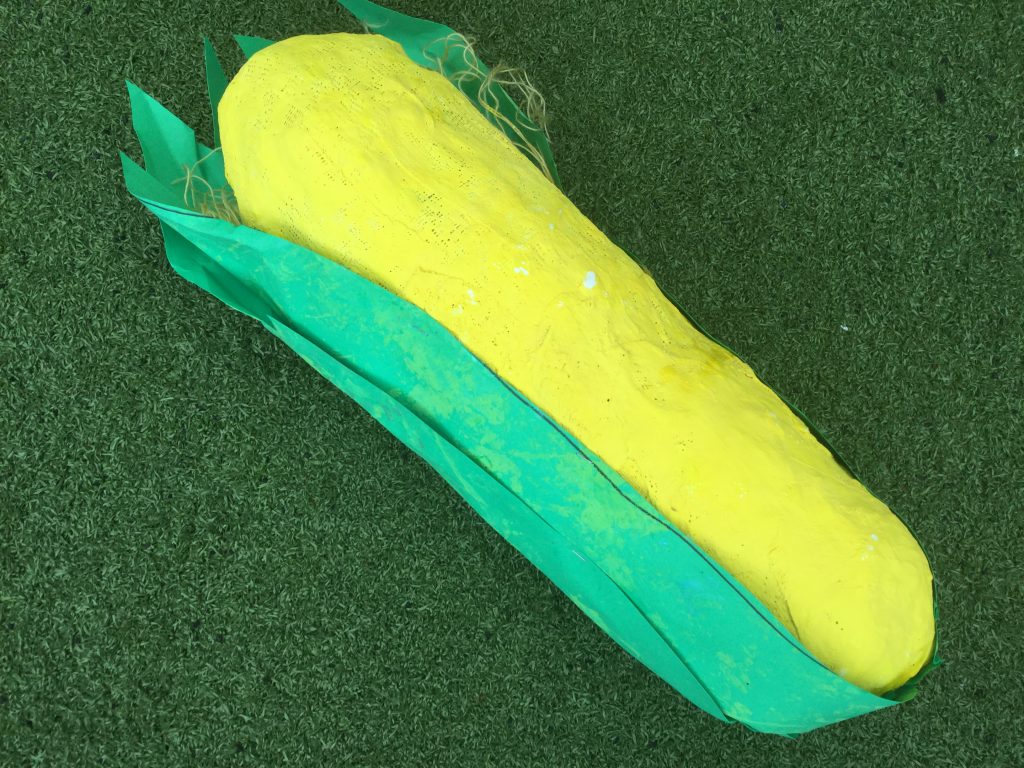 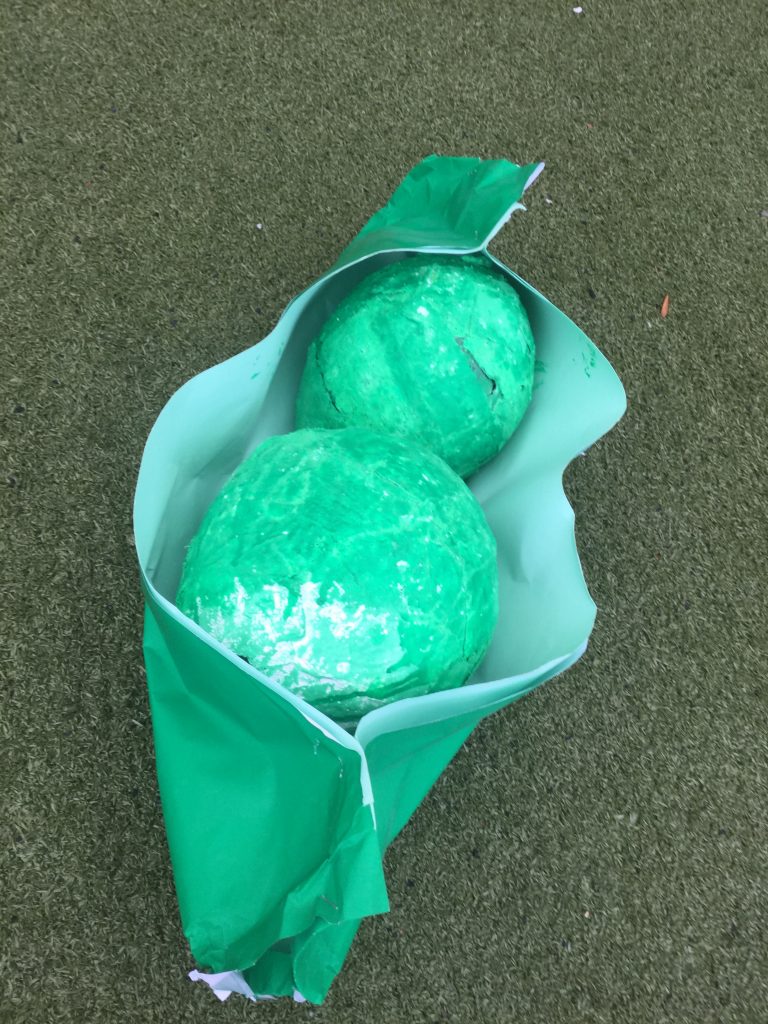 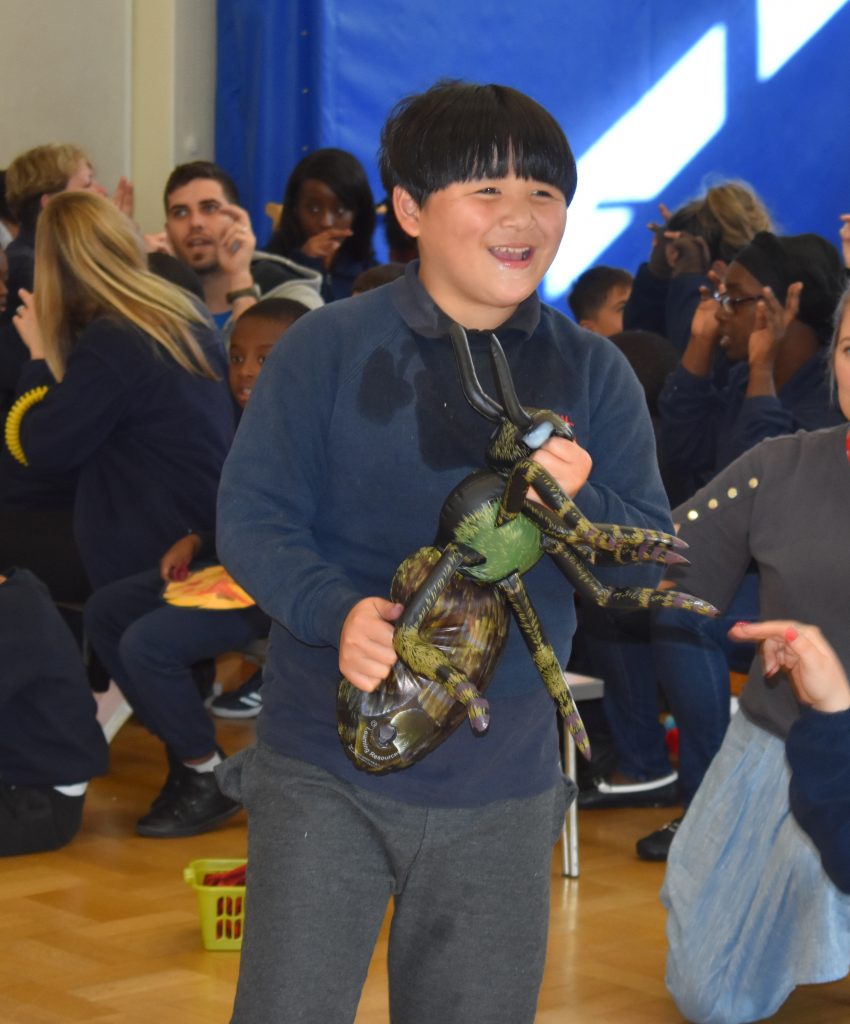 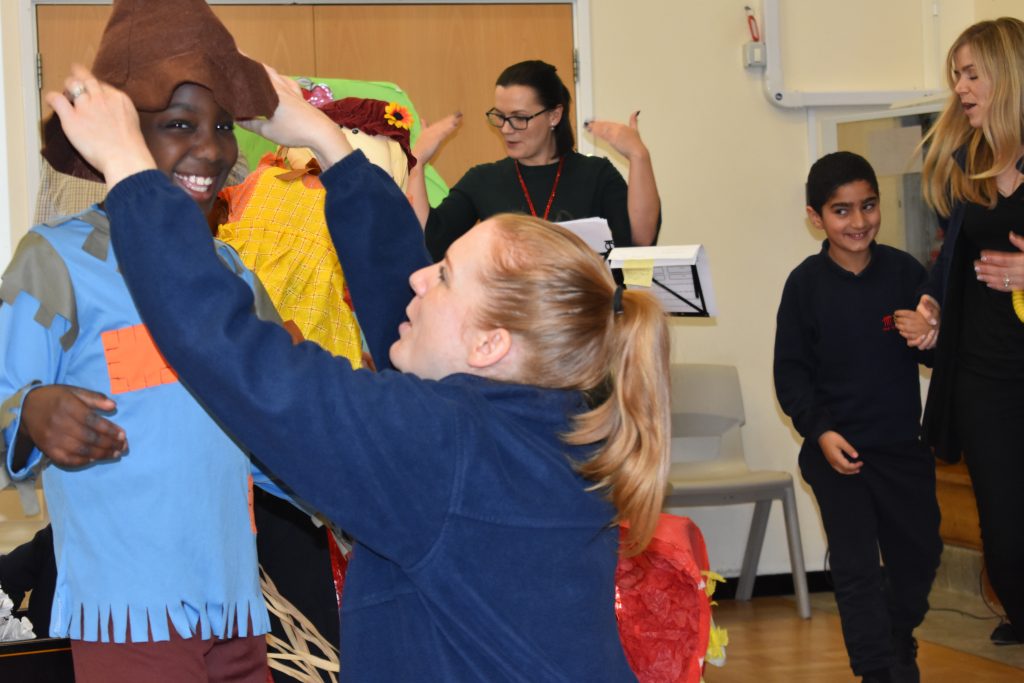 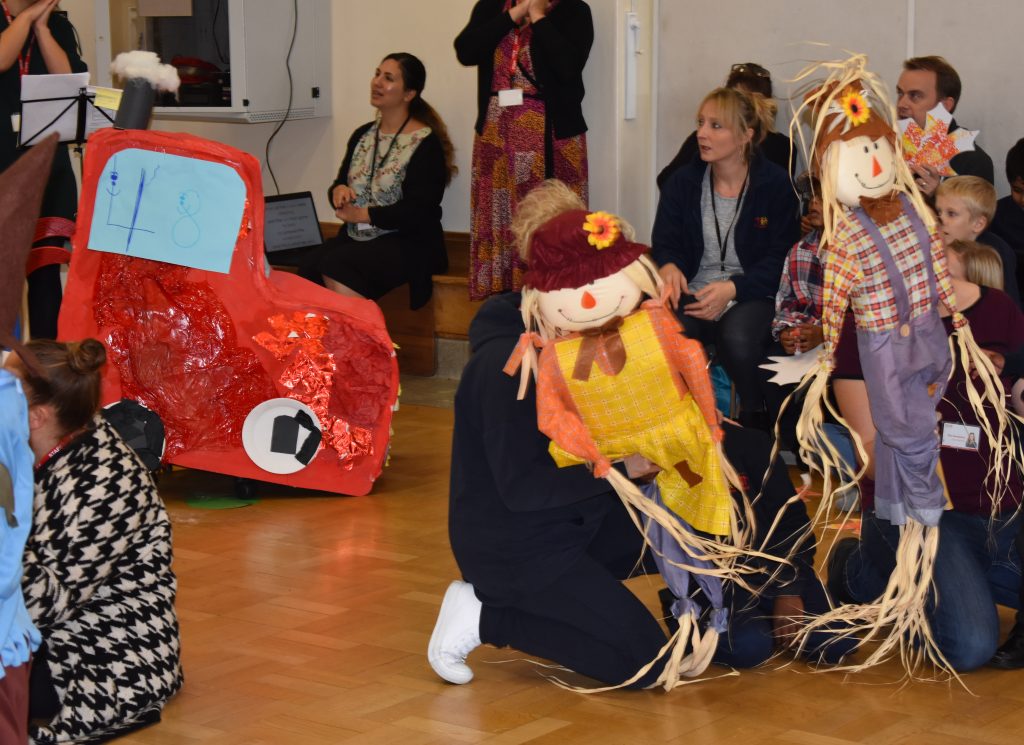 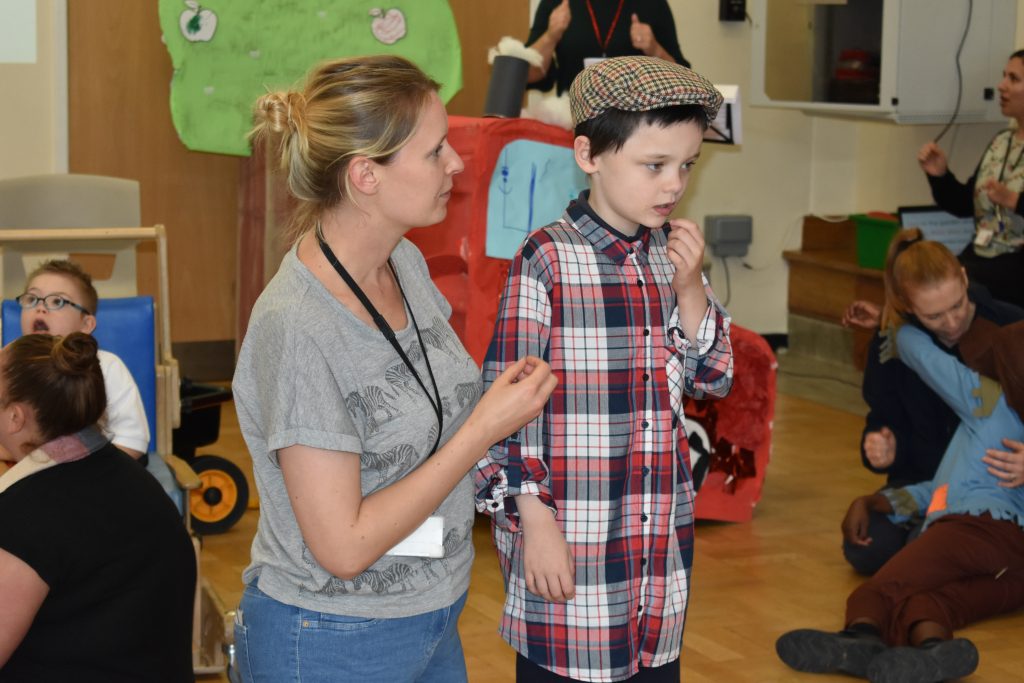 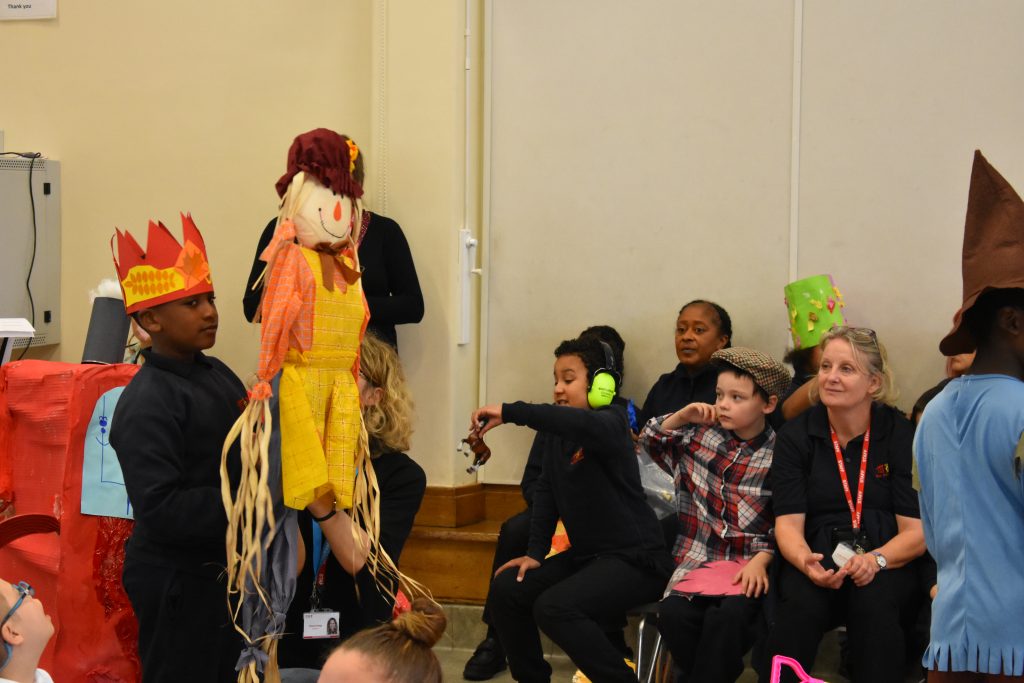 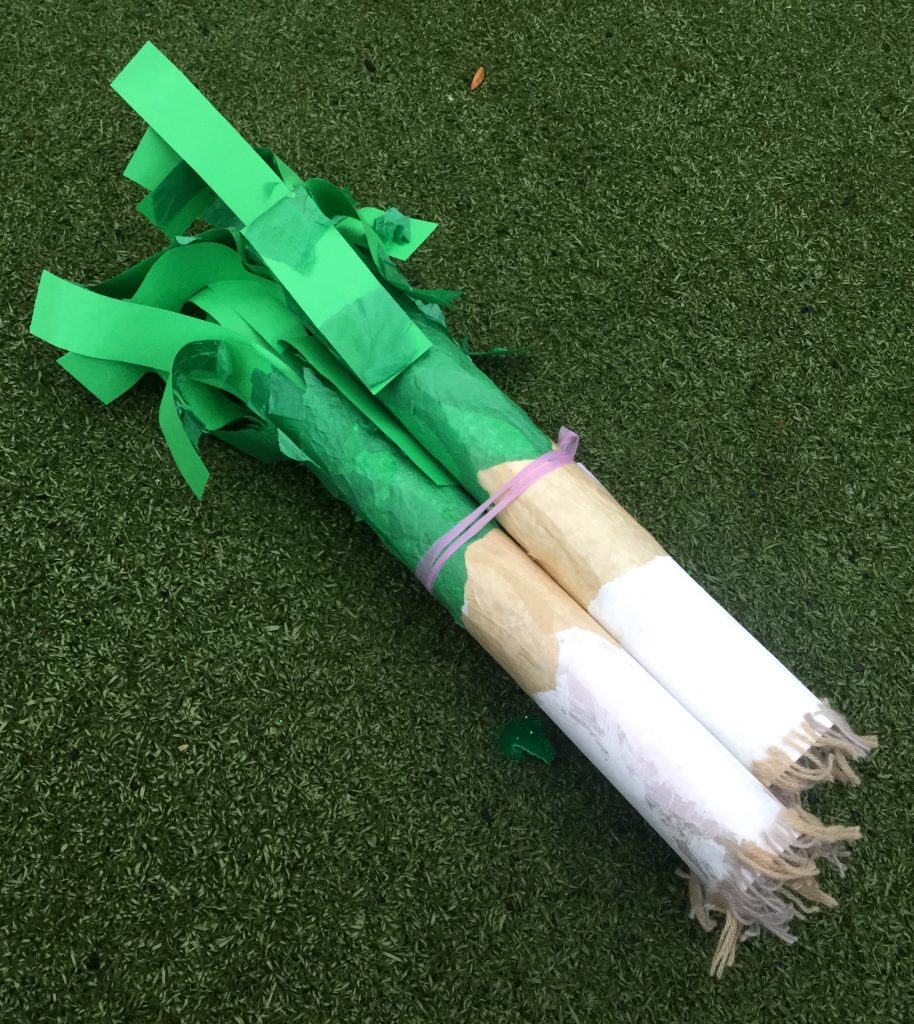 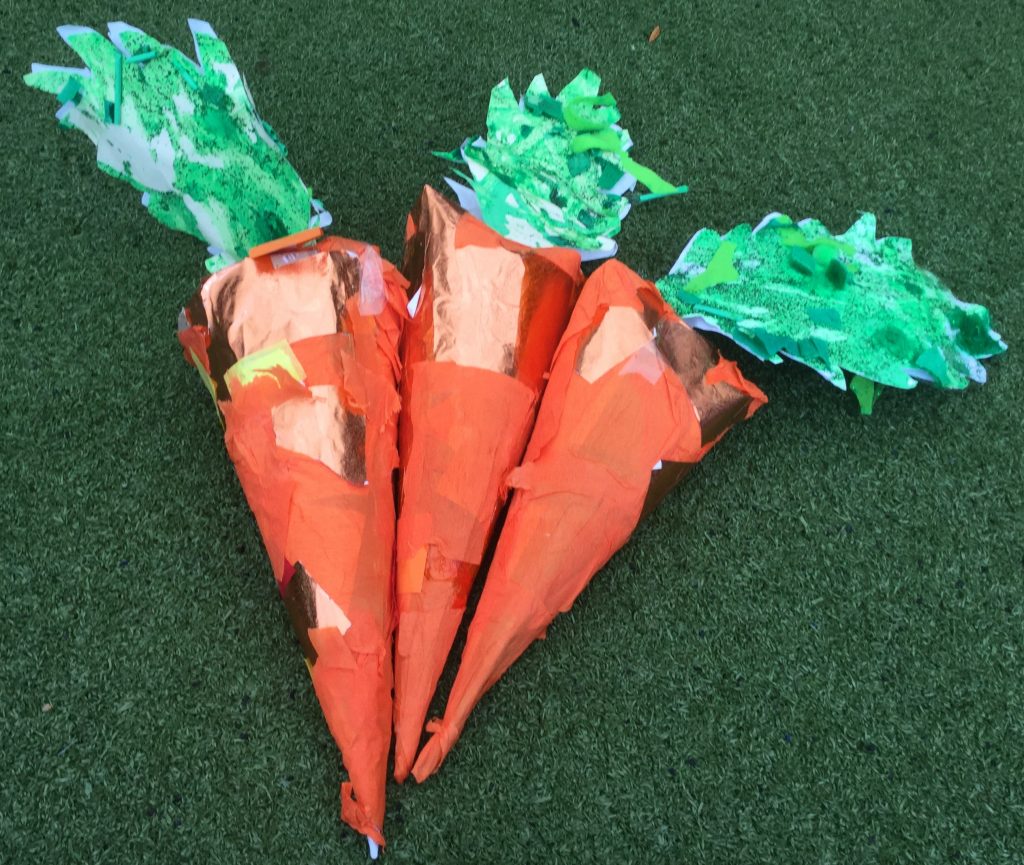 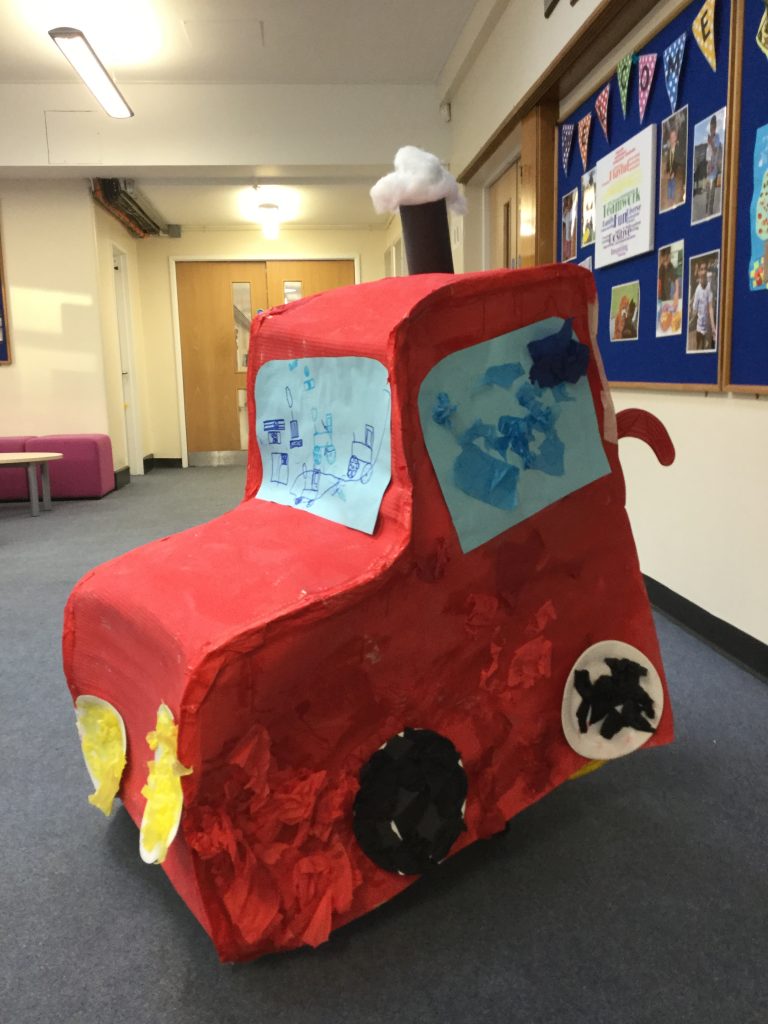 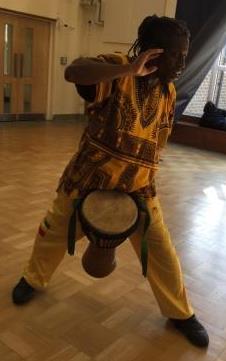 During October the UK celebrates Black History Month.   We celebrate the achievements and contributions of black people throughout the world.  Across the country special classes and celebrations are arranged within schools from educational talks to food festivals.

Here at Red Gates, Maximum Dance Design provided a drumming workshop for all our children.

The African drum was originally made as a form of communication. The drum beat in Africa is heard every day and the Djembe is the most popular and sought after drum in the world.

The children had lots of fun playing the different drums and dancing to the music. 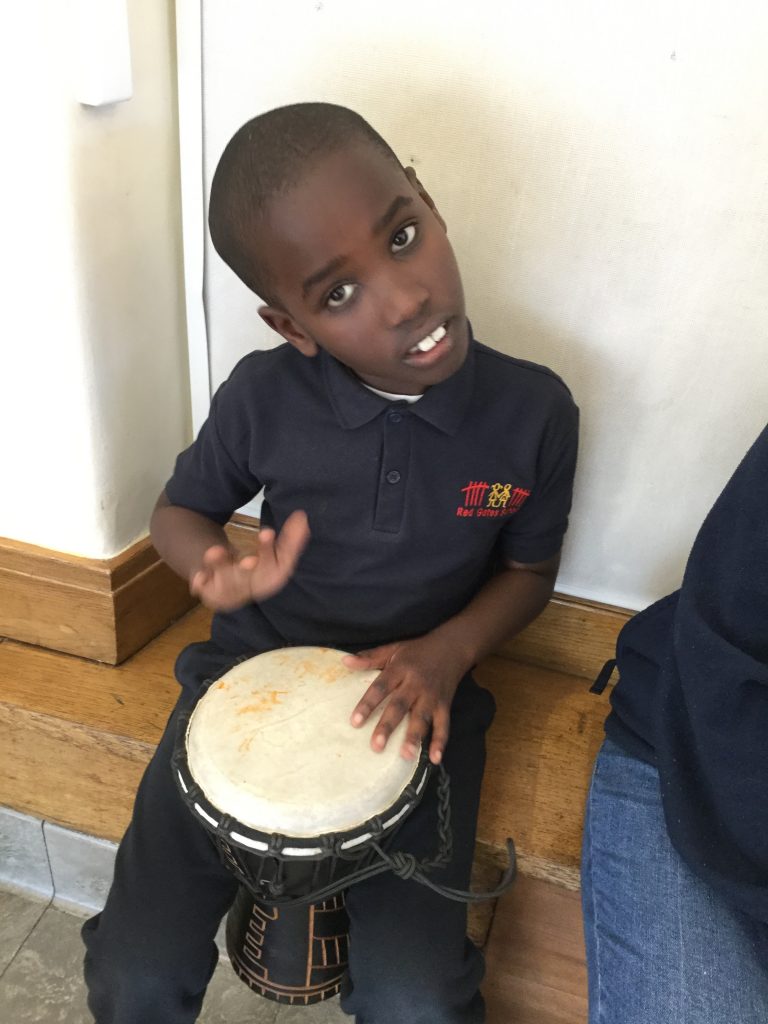 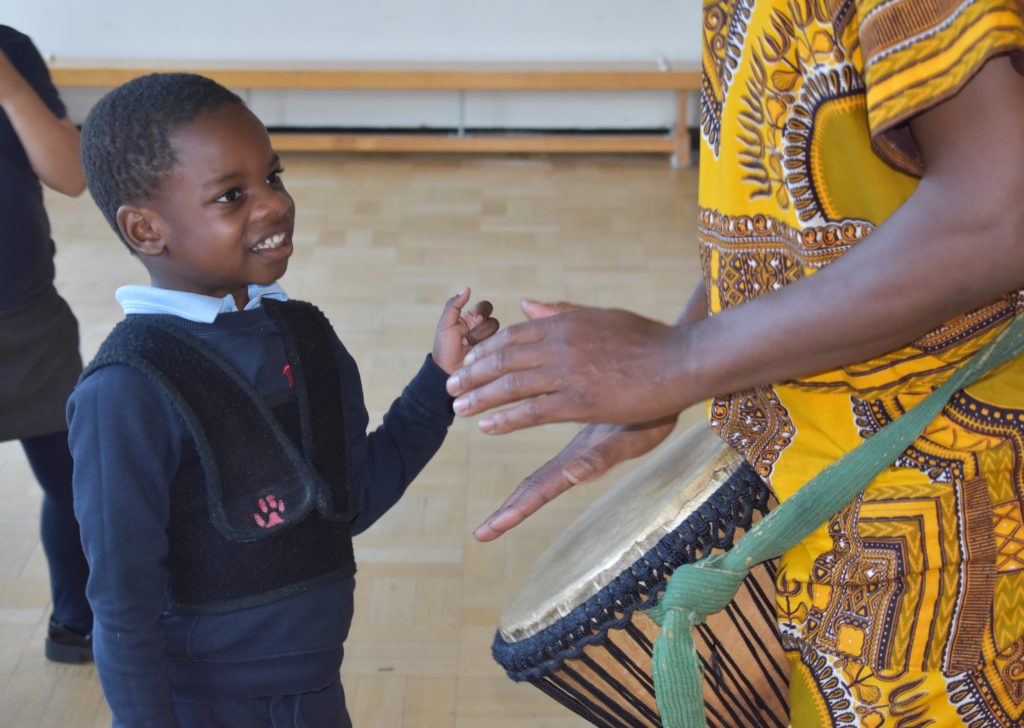 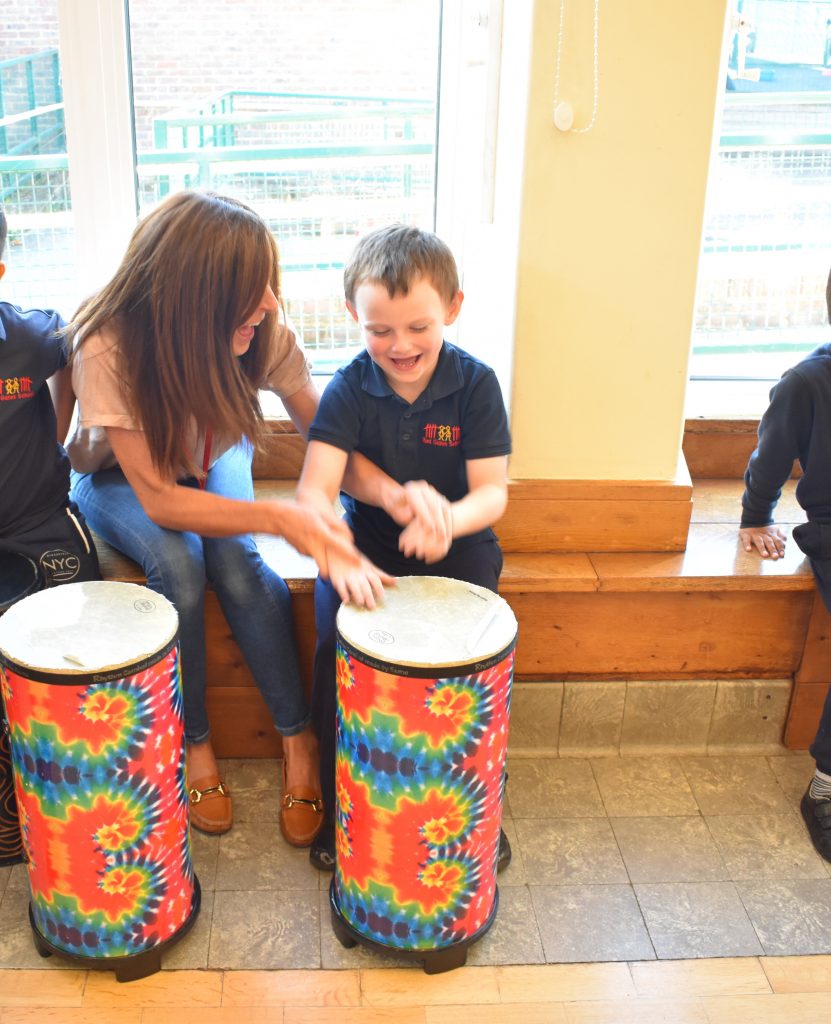 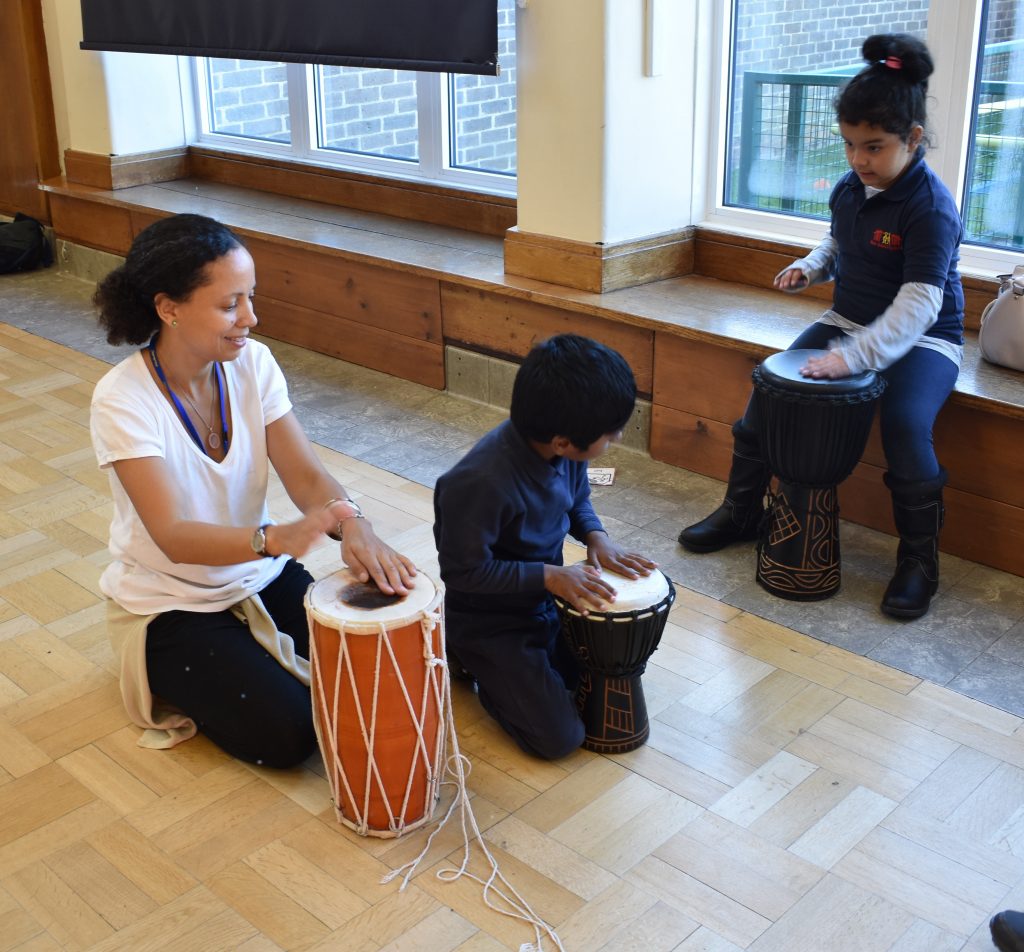 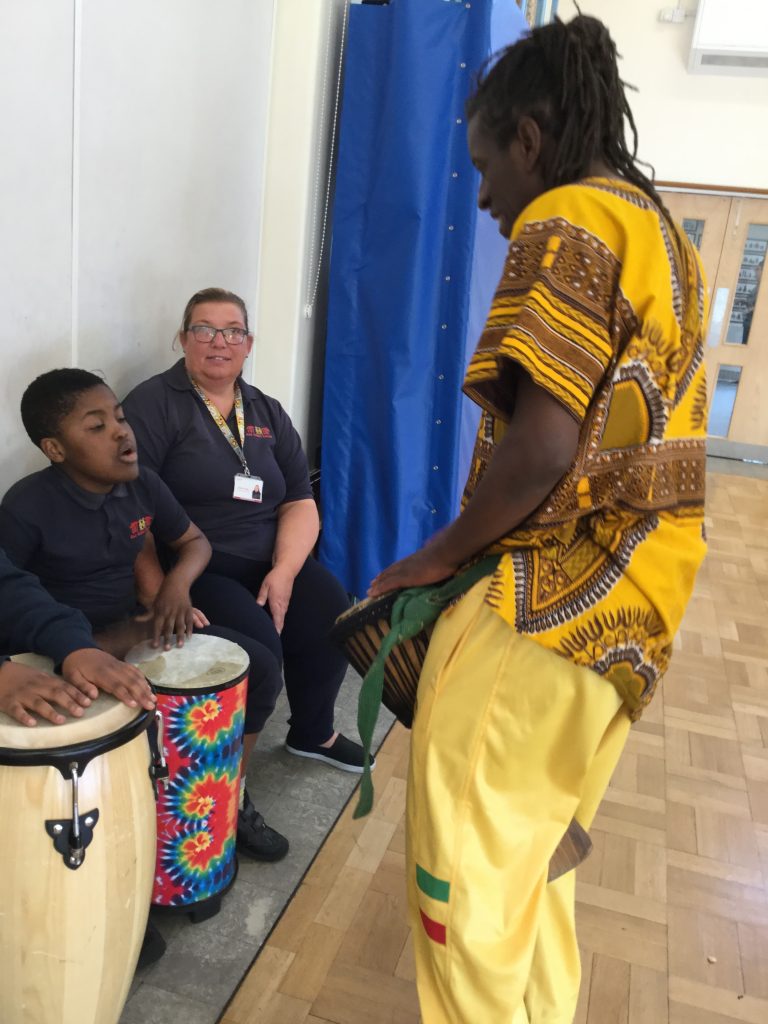 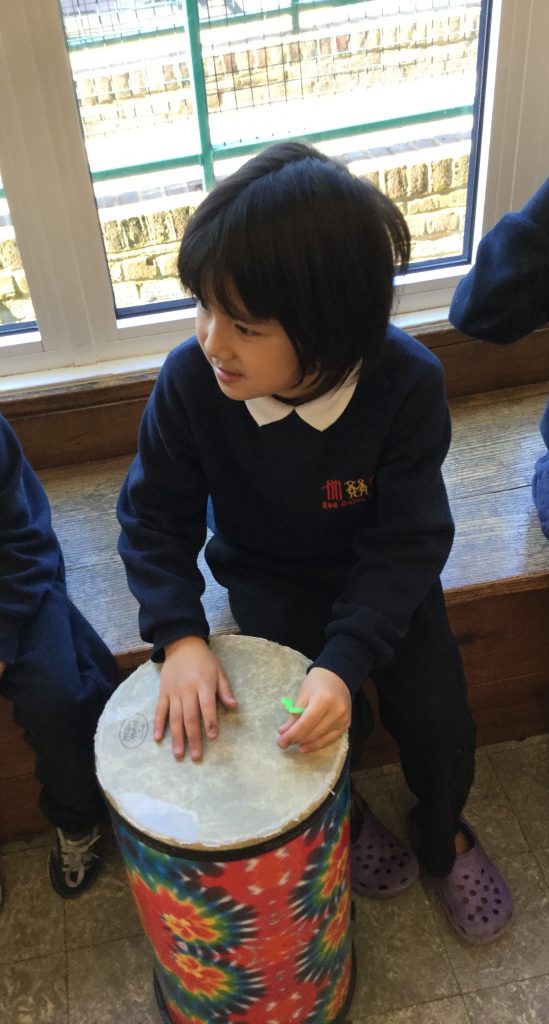 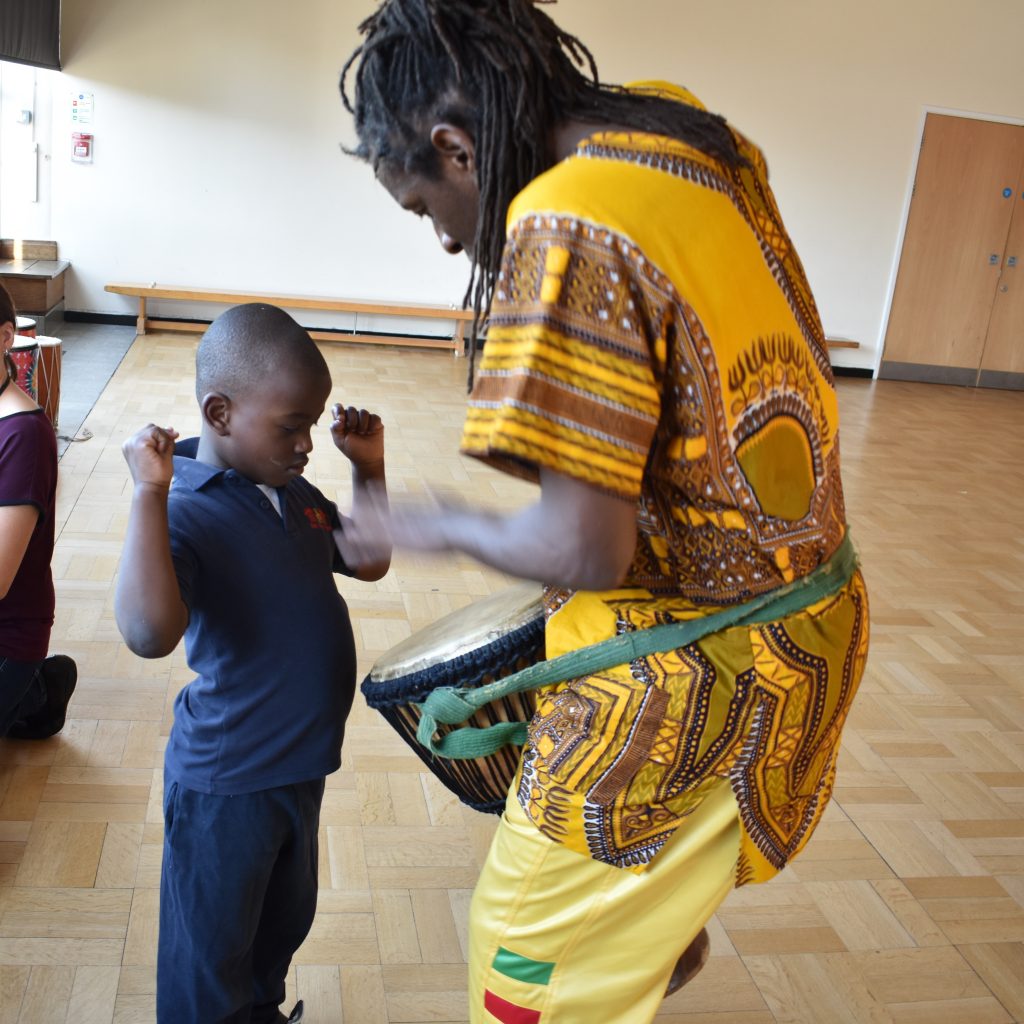 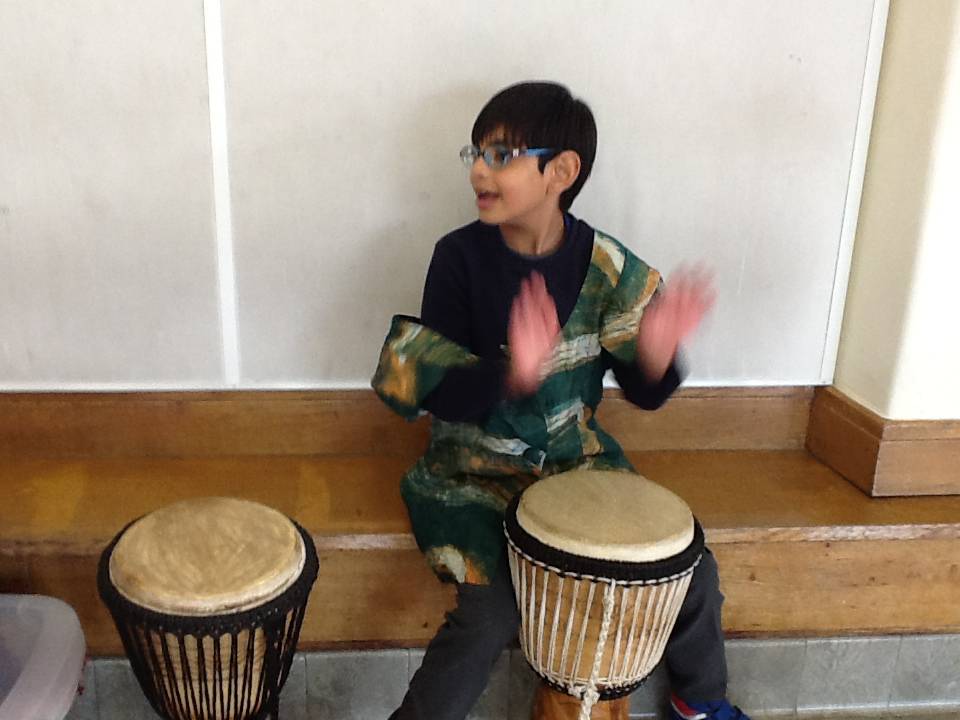 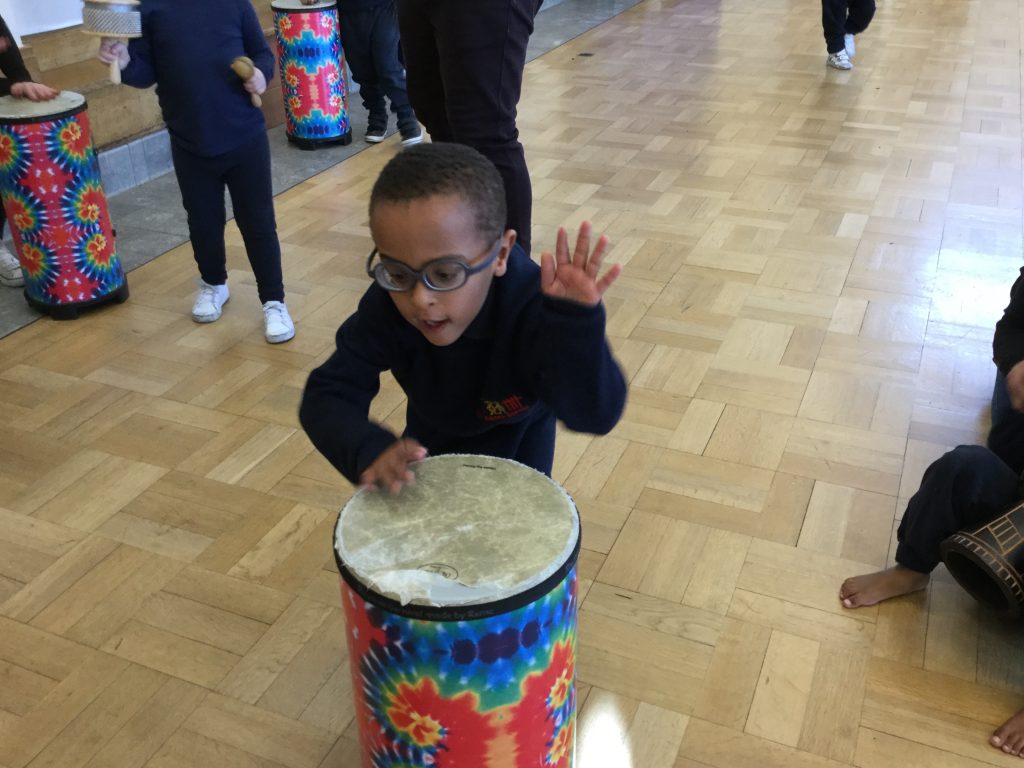 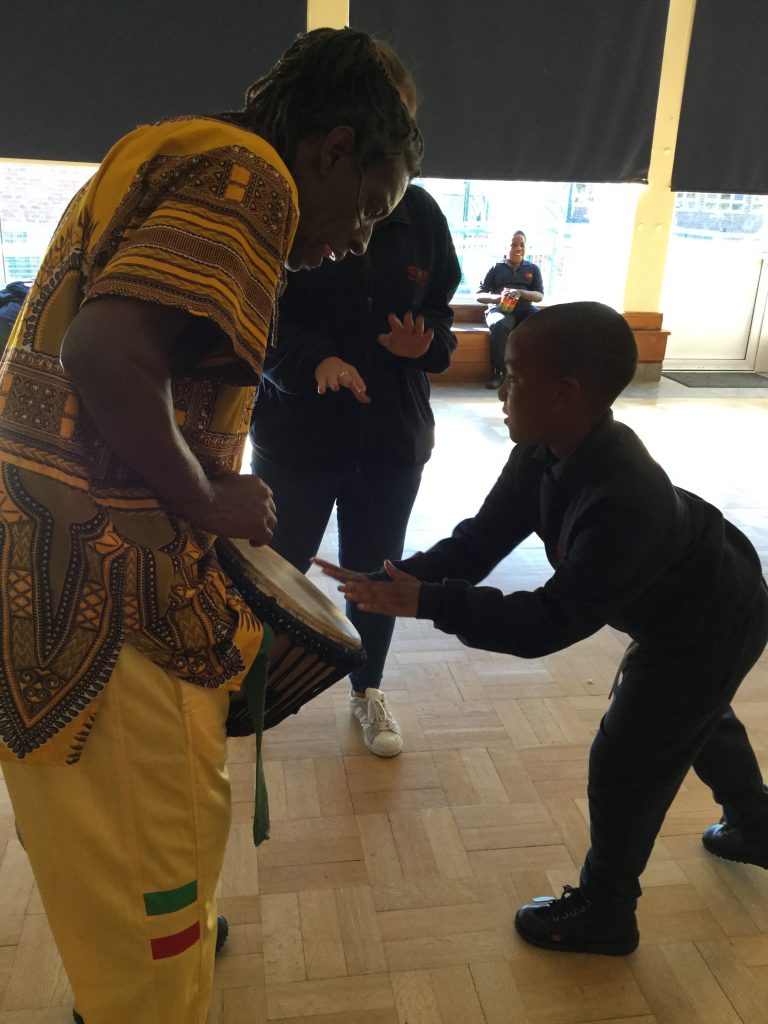 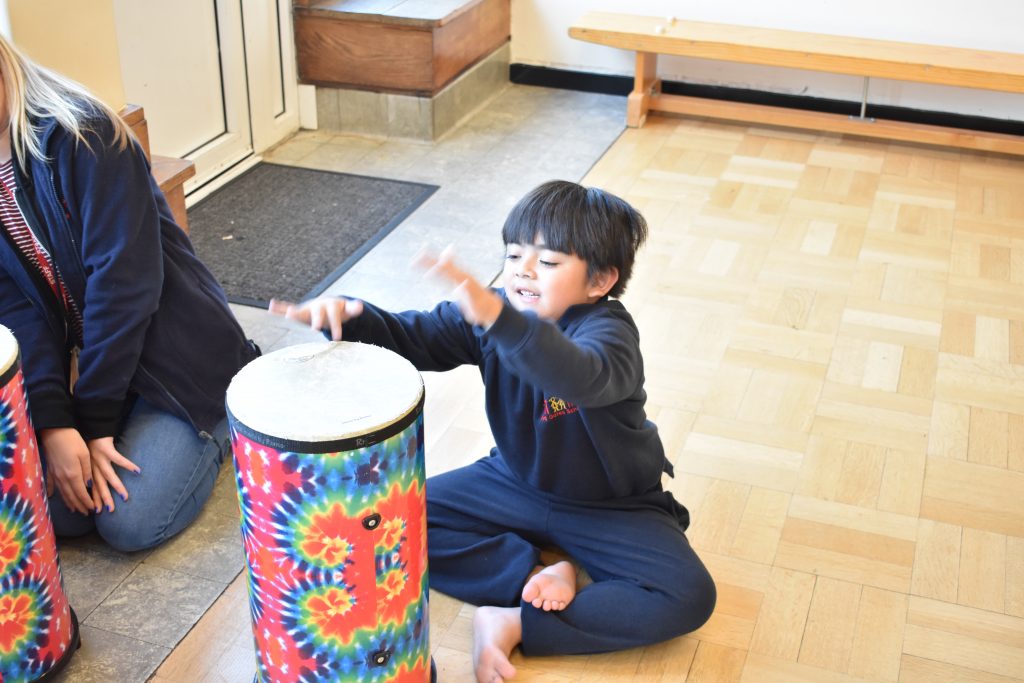 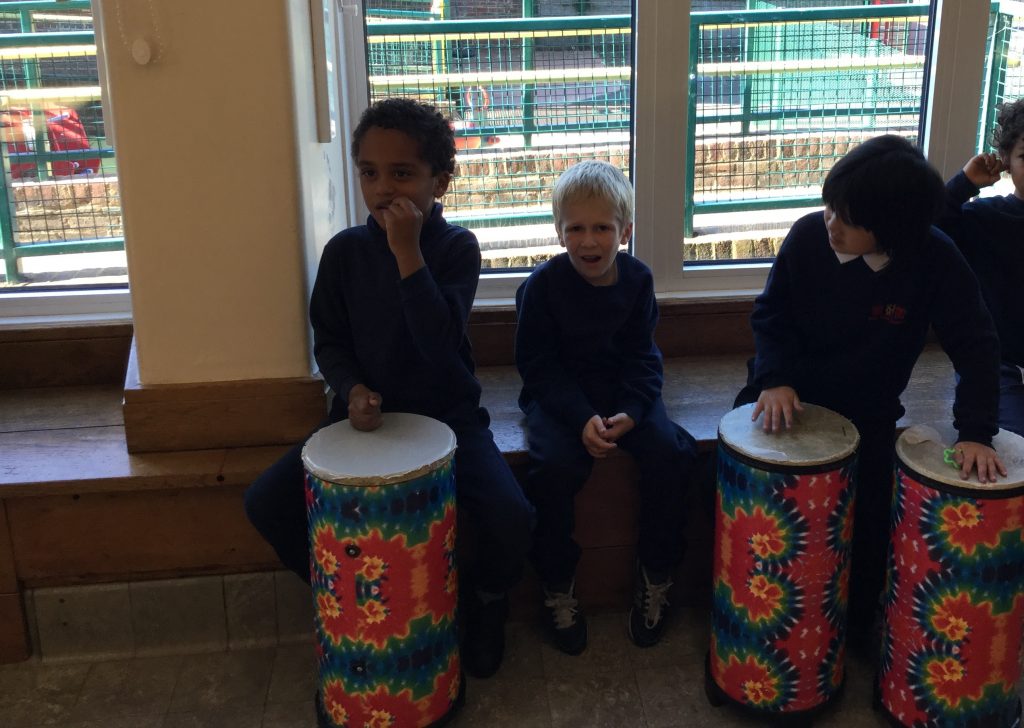 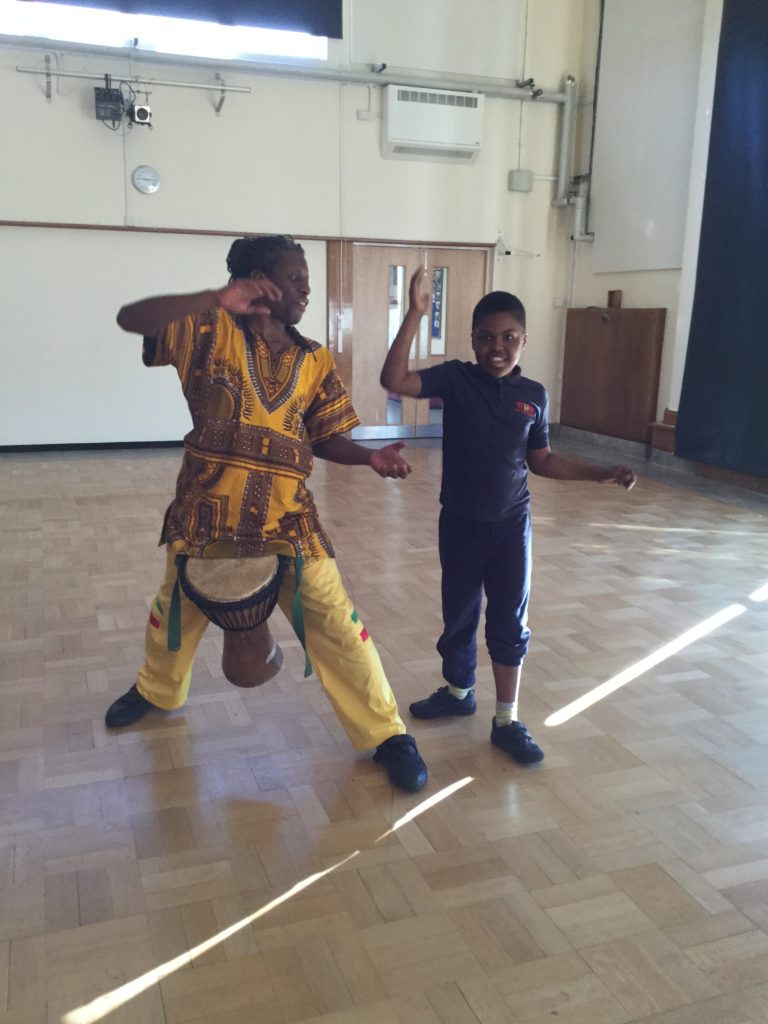 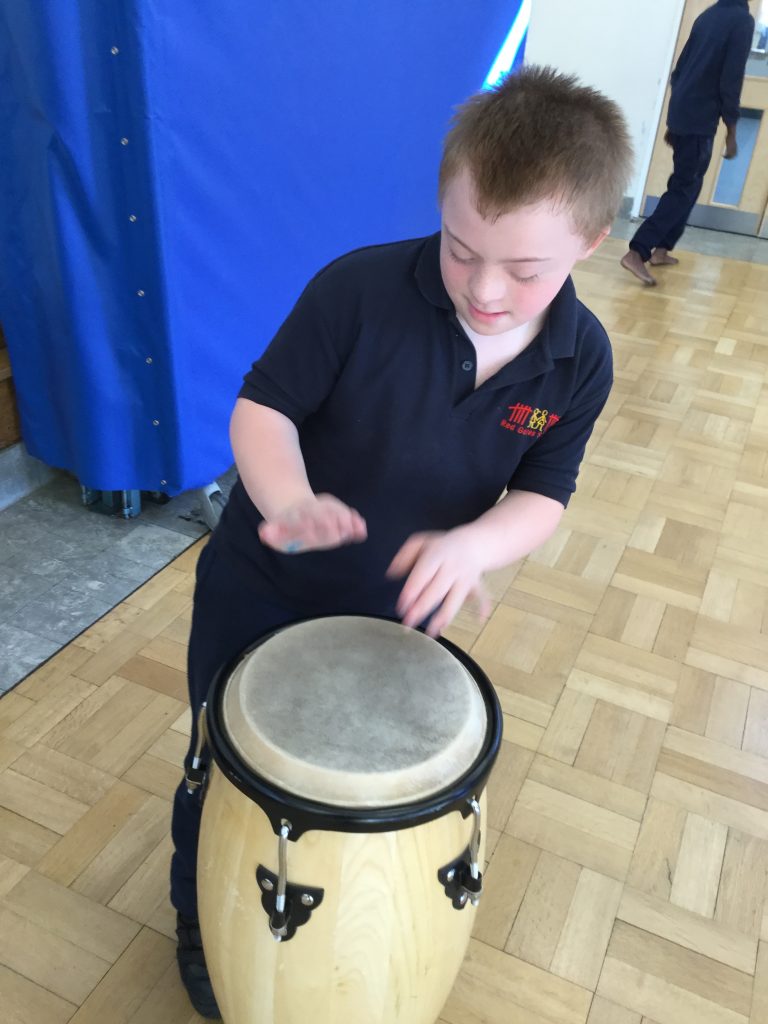 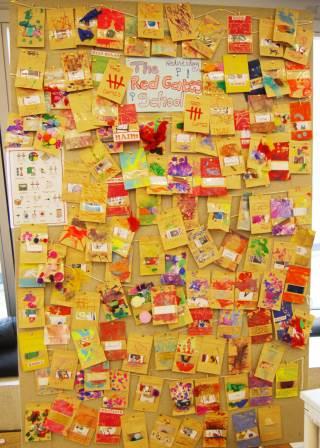 This year we had the exciting opportunity to participate in ANDinclusive’s residency at the Tate Modern.

ANDInclusive is a unique collaboration between young people with special educational needs and disabilities, their schools and A New Direction which ran 13-17 March 2018.

ANDInclusive increases the presence of young people with special educational needs and disabilities through this ambitious and innovative partnership with the Tate Exchange. The space was open to the public to come and engage with the Network as well as students from a range of schools as they made art and responded creatively to work in the Tate collection.

Through their artworks schools involved in the project chose one of 4 areas; Knowledge, Materials, Production and Value framed in the central concept of Production: The seen and the unseen.

For our contribution to this event we explored the concept of Value. Each pupil in the school made their own sculptural piece which examined the idea of what they value personally. Some pupils engaged in a more sensory level, choosing favoured sensory media to place into their bag while others chose symbol representations of their favoured items. The bags were all then decorated in a range of mediums to reflect the children’s individual creative expression and were then hung as a cohesive display together within the Exchange space. Empty bags and a range of creative materials were left behind along with symbol instructions as to how we were exploring the idea and the public were encouraged to create their own response to the work.

A number of pupils in the school were also able to contribute “a short film which welcomed people as they arrived in the space. This used speech, Makaton and sub-titles to give some context to the residency and invite members of the public to try something. People were occasionaly seen mirroring the signs” (ANDinclusive at the Tate Exchange 2018 Evaluation).

17 pupils from the school went for a day trip into the exchange space where they were able to participate in a dance workshop, create sculptural boxes, and watch drama and music performances from children at other SEN schools in London.

In addition our very own Kiah Milan was able to deliver one of 4, 10 Minute Tate Talks presented by pupils participating the exchange to the public. Using a symbol script written in partnership with a TA prior to the trip Kiah was able to compare a weaving that she had made with Sheila Hick’s Quipu de Cobré. Kiah had fantastic experience giving her talk and was walking very proudly through the gallery space.

Feedback from parents, staff and pupils that participated in and visited the space has been very positive. On Saturday we saw a number of families attend with their children with many spending several hours exploring, creating and sharing experiences together.

For a full feedback report on the exchange in its entirety please click the link provided below.

We are very excited to participate in the exchange again next year and look forward to the new challenges and creative opportunities that this will bring. Keep your eyes out for more information next year!

Vietnamese
Scroll back to top